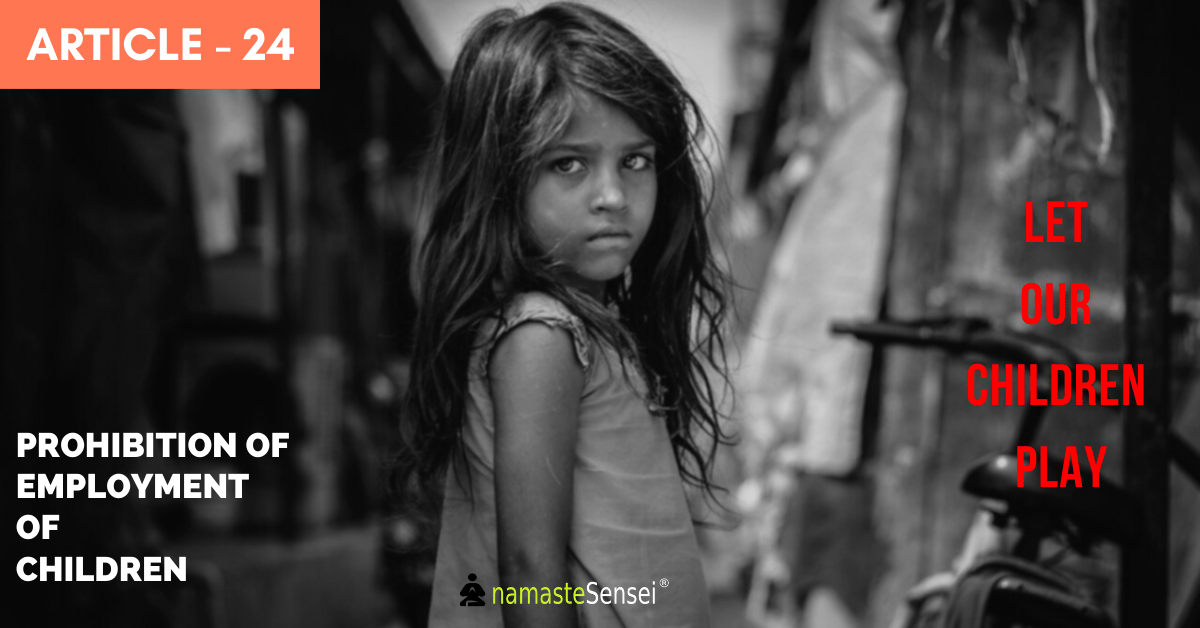 Article 24 of the Indian Constitution

Hence, let’s find out what Article 24 of Indian Constitution does in order to protect rights of the children.

Children Banned as ‘domestic Servants’ in view of Article 24

Commissions for Protection of Child Rights Act, 2005 to support Article 24

Acts in favor of ‘Prohibition of Employment of Children’ in Factories, etc.

There are many other similar Acts under Article 24 which Prohibit the employment of children below a certain age. Some of them are mentioned above. You can read about them by clicking the above linked acts.

Congratulations, you have finished Article 24 of the Indian Constitution. If you have any doubts or queries, feel free to leave a comment below. We will respond as soon as possible.