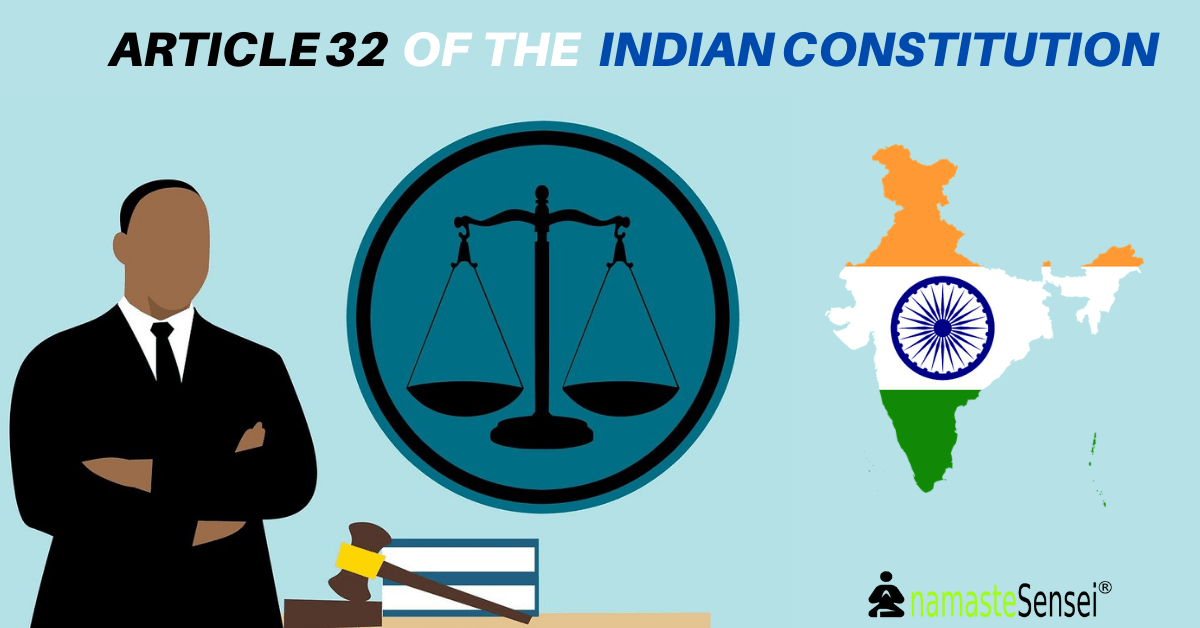 Article 32 of the Indian Constitution – Right to constitutional Remedies

Without Article 32 of the Indian Constitution, a mere declaration of the Fundamental Rights is meaningless if people violate them again and again.

Here comes Article 32 of the Indian Constitution, which confers the power to the Supreme Court for issuing writs to enforce the fundamental rights of an aggrieved citizen.

Aspirants can read more about the Basic Structure of the Constitution by this linked article. It is Easily Explained here.

Purpose & importance of Article 32 of the Indian Constitution

Orignal and wide powers of the Supreme Court

Aspirants can read about ‘Public Interest Litigation’ in this linked Article. It is Easily Explained with Examples.

Article 226 of the Indian Constitution

Aspirants can read more about Article 226, in this linked article.

However, these tribunals are only supplemental to high courts and Supreme courts. They are not substitute to them. This tribunal had issued writs in the past, but in very few cases.

NOTE – Parliament gave power to CAT, JAT and SAT to issue writs. Power is not given by the Constitution.

Types of Writs under Article 32

NOTE – These writs are also available to the High Courts under Article 226.

Aspirants can read about ‘Types of Writs’ in this linked article. It provided simple explanations along with examples.

Now let’s see, in what scenario Fundamental Rights are suspended.

Parliament can suspend fundamental rights during the National Emergency.

After the 44th Amendment Act, there are certain grounds on which the President can proclaim national emergency.

For Example – KARGIL WAR – Initially they didn’t declare it as a war but as an External Aggression. Later on, the situation became worse, and they declared it as a full-fledged war.

If the president wants to remove any fundamental right during an emergency, he can do so by Article 359. The order is to be submitted to the Parliament and it may disapprove President’s order.

For example, if the Right to Freedom of religion is posing a problem for communal violence during an emergency, the President can put stay to that right by passing an order until an emergency prevails.

Congratulations, you have finished Article 32 of the Indian Constitution. If you have any doubts or queries, feel free to leave a comment below. We will respond as soon as possible.