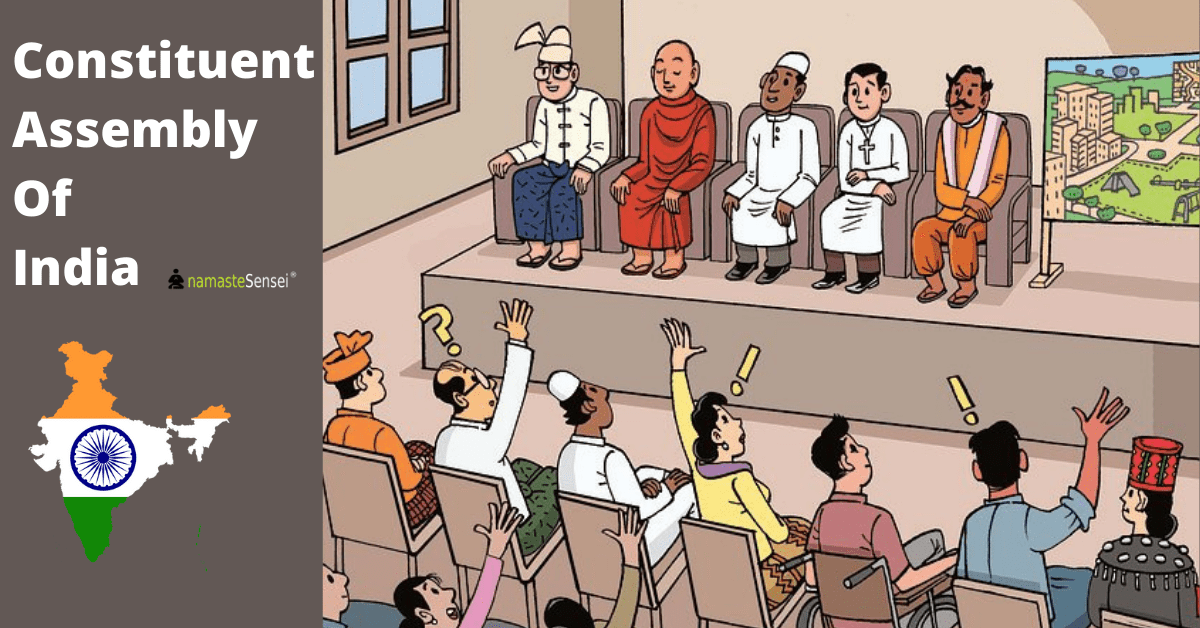 Overview of Constituent Assembly of India

Constituent Assembly was a body that was assembled for drafting the constitution of newly independent India. It was an enormous challenge to draft the constitution for a diverse country like India.

Functioning of the Constituent Assembly

Aspirants can read more about objective Resolution by clicking this link here.

Now let’s know about one of the historic act “Indian Independence Act”. The act brought a lot of change to the Constituent Assembly.

The Indian Independence Act of 1947 made the following three changes in the position of the Assembly:

It made the Assembly a fully sovereign body, which could frame and amend the constitution the way it pleases. The Act empowered the Assembly to abrogate or alter any law made by the British Parliament about India.

The Assembly also became a legislative body. They assigned two separate functions to the Assembly, that is:

Drafting committee was the most important committee among all the major committees.

Aspirants can read more about the drafting committee by clicking here ‘Drafting Committee’.

Let’s see some of the minor committees and who were their heading Chairperson.

Criticisms of the Constituent Assembly

Not a Sovereign Body

Not a Representative Body

Congratulations, you have read the complete article. If you have any doubts or queries, leave a comment below. We will respond as soon as possible.