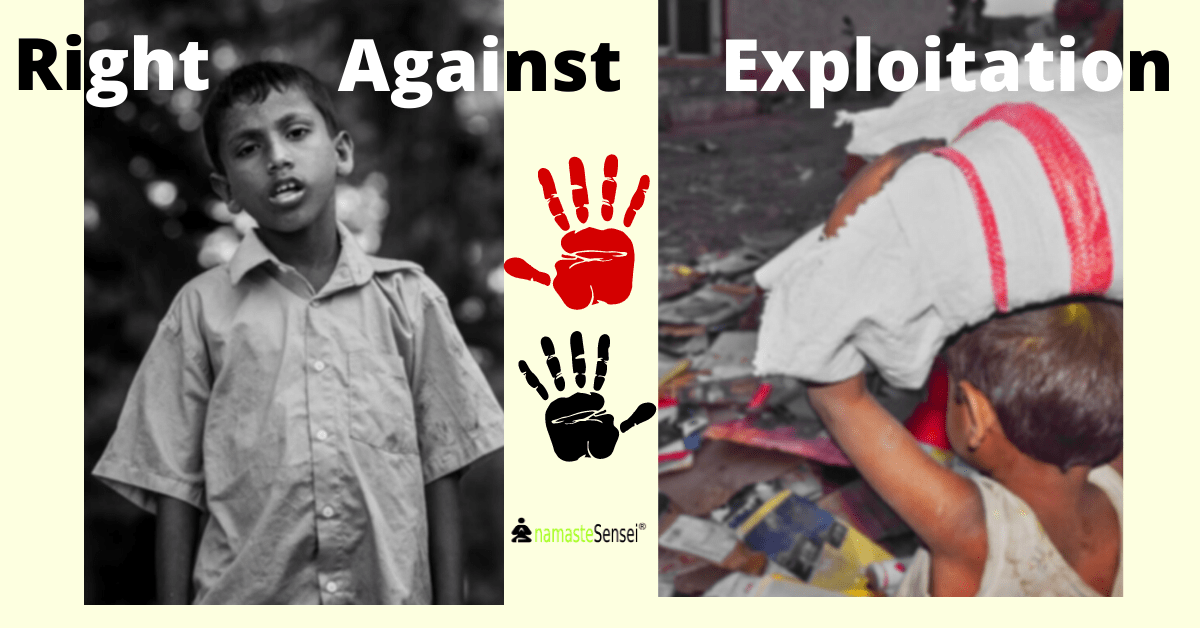 Article 23(1) of the Indian Constitution prohibits:

Any of the above acts are punishable per the law.

NOTE – This Right is available to both Citizens and Non-Citizens.

Article 23 (2) of the Indian constitution – Exception

Aspirants can read more about Article 23 in this linked Article. Now let’s dive into Article 24 of the Indian constitution.

Acts in favour of ‘Prohibition of Employment of Children’ in Factories, etc.

There are many other similar Acts under Article 24 which Prohibit the employment of children below a certain age. Some of them are mentioned above. You can read about them by clicking the above linked acts.

Aspirants can read more about Article 24 in this linked Article.

Congratulations, you have finished the Right Against Exploitation under Fundamental Rights. If you have any doubts or queries, feel free to leave a comment below. We will respond as soon as possible.