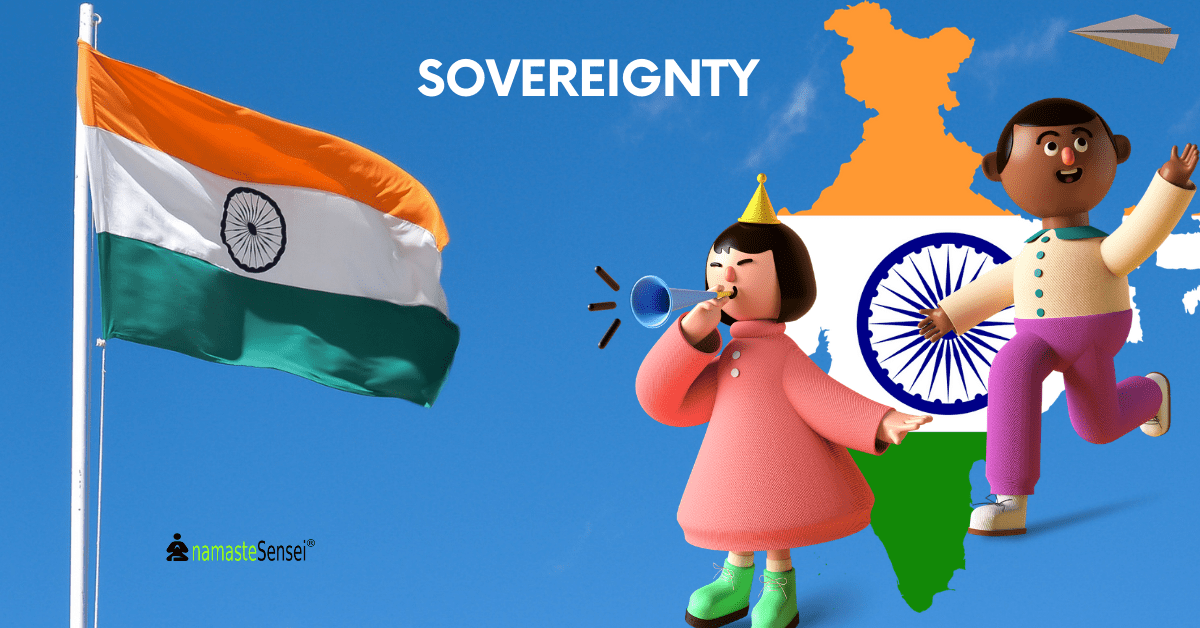 
Implies that a country’s government is totally independent and does not acknowledge any other power as supreme with regard to the governance of the country.

However in the era of LPG (Liberalisation, Privatisation, and Globalisation) as some people believe no state including India cannot be considered fully sovereign.

The constitution framers always wanted India to be a sovereign nation. A nation whose decision will completely be independent.

But in the world of today, many people argue that it is not possible for any country to be completely independent.

For example, many argue that most of the countries in the world are members of the UNITED NATIONS (UN).

To some extent India has to abide by some rules, isn’t it?


For example, Russia attacks Ukraine (Russo-Ukrainian War) and took CRIMEA which was a part of Ukraine.

AMERICA wanted a resolution to pass against Russia for the Annexation of Crimea.

But India hadn’t supported America in that resolution because Russia has good relations with India.

This shows India is still sovereign, even being a member of the UNITED NATIONS (UN), and can practice its sovereignty.

But in some instances, a country cannot take all the decisions by themselves. Some rules are binding to them.

For example, America filed a case against India in the World Trade Organization (WTO) regarding India’s Export subsidies.

The panel of WTO ruled in favor of America and concluded that India’s export subsidies were illegal and should be removed.

You can read about the case in this linked article:

Also, members of the international organizations, international treaties, and accords, put some restrains on its ability to make free decisions. However, it is not the case at least for India.

Example – From recent times India was aspiring to be a member of the Nuclear Supply Group (NSG). But was unable to join due to other countries blocking India’s entry.

Italy is one of the countries which stopped India’s entry into the Nuclear Supply Group.

The reason was believed to be Enrica Lexie’s case in which two Indian fishermen were killed off the coast of Kerala.

India alleged that the two Italian marines killed the fishermen and captured them.

Later on under the pressure. India released those submarines and Italy removed its objection against India’s joining the Nuclear Supply Group (NSG).

So the question is, Isn’t India leaves submarines under the pressure for Joining NSG?

Well, the answer is that India didn’t compromise its sovereignty.

There is no way, one can condone the acts of those ITALIAN MARINES.

Sovereignty Serves when you actually serve the interest of the nation.

Therefore even if we show flexibility in our decision by being a member of these organizations. It is done not to please any country for the sake of it, but the larger purpose is the Interest of the country.

Congratulations! we have covered Sovereignty in India. If you have any doubts or queries, feel free to leave a comment below. We will respond as soon as possible.