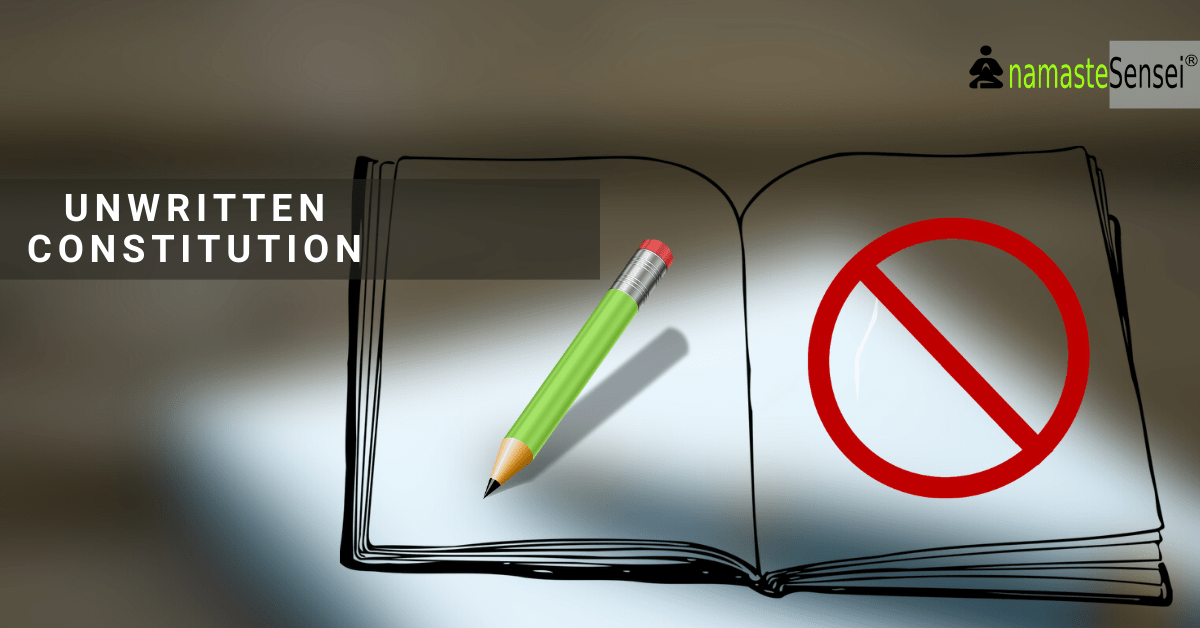 Seven Features of the Unwritten Constitution

Briefly let’s dive into the Seven Features of the Unwritten Constitution.

Example – Constitutional Laws include Fundamental Rights (such as Article 14, Article 15, and so on).

Anything which is legally enforceable is considered as law. Parliament passes such laws and these laws are known as statutory laws. Such laws are outcome of the constitution only.

Britain’s Constitution is one example of an Unwritten Const. Unlike in most countries, they have not tried to codify such arrangements into a single document.

Additionally let’s read some features of the Britain’s Unwritten Const.

Aspirants can read more about “rule of law” from this linked article.

How they separated powers?

Why there is a need for the Separation of Powers?

The separation of power is done in order to avoid encroaching the rights of the citizens.


Let us understand with the help of examples:

NOTE – The explanation given below is for India, not for Britain.

Example when Judiciary can stop the legislature:
Suppose the government passed a law. Law states that the citizens have to share 3 months of their data from social sites (such as WhatsApp, Facebook) with the government for security reasons.

The result will be:

Some people will fight against this law on grounds of the Right to Privacy and in the end, Judiciary can declare the law void and unconstitutional.

The passed law will be declared unconstitutional because it is against the privacy of people.

Under AFSPA, officers can arrest anyone.

They even have an order to shoot someone under suspicion and also the inquiry against officers cannot happen normally.

Not always, but many times, officers misuse AFSPA,.

In certain cases, legislators can punish them.


Example when legislators exercise power over judiciary:
Judiciary is integrated and independent in India, but only the Parliament can remove any judge from his/her office. This is because of ‘checks and balances‘ in India.

You can read about how Judges can be removed in India in this linked article:


Can executives have powers over judiciary?

Not absolutely, but President has some say in the appointment of the Chief Justice of India & other Judges in the Supreme Court under clause (2) of Article 124 of the constitution.

So we can say that the executive has some influence over Judiciary.

NOTE – The explanation is for understanding only.

Advantages of the Unwritten Constitution

Example of countries with an unwritten constitution

Congratulations, you have read the complete article about Unwritten Const. If you have any doubts or queries, feel free to leave a comment below. We will respond as soon as possible.