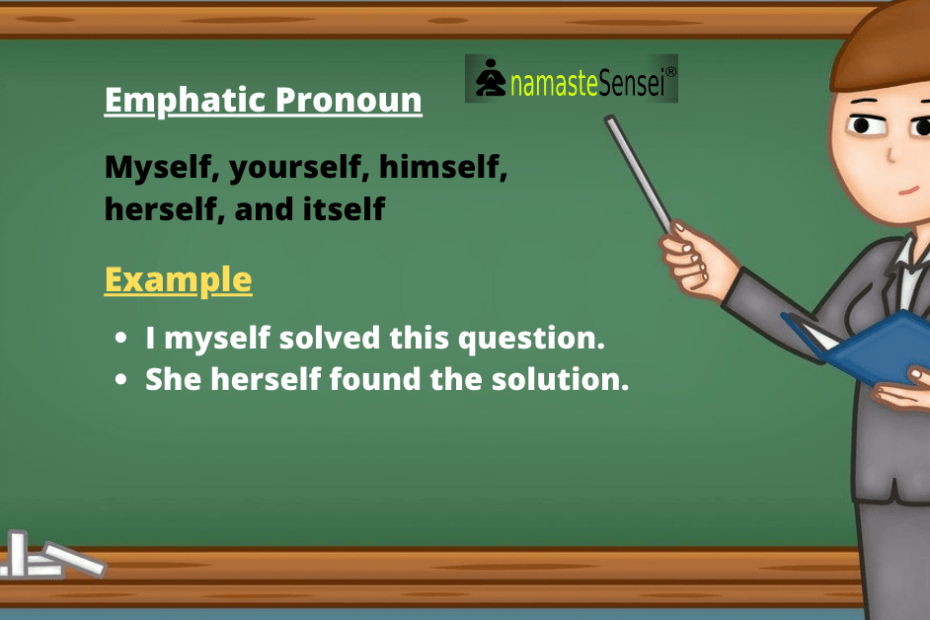 What is Emphatic Pronoun?

NOTE– Emphatic Pronoun are used just after the Subject.

In the above sentence (उपरोक्त वाक्य में)

Other Types of Pronouns

Recommended Read – Types of Pronoun in Hindi and English.

Congratulations, you have finished complete article. If you have any doubts or queries, leave a comment below. We will respond as soon as possible.