Fetal Chromosomal Aneuploidy: What It Is & Why It Matters? 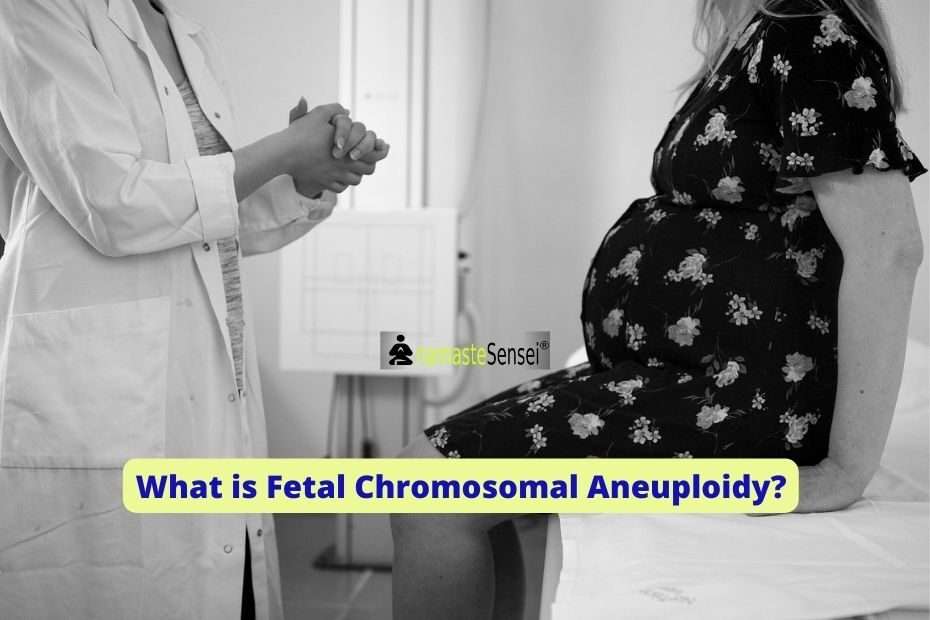 What is Fetal Chromosomal Aneuploidy?

Aneuploidy refers to an abnormal number of chromosomes in the human genome. In most cases, this results in miscarriages, stillbirths, or birth defects in newborns; however, most women don’t know that they carry chromosomal aneuploidies until it’s too late when these conditions can no longer be avoided.

Aneuploidy refers to a chromosome number that does not contain the normal 46 chromosomes.
There are three types of fetal chromosomal aneuploidies: trisomy (extra chromosome), monosomy (missing a chromosome), and translocation.

There are several types of trisomy, depending on the number of extra chromosomes that have been inherited. One type is trisomy 21, also known as Down syndrome. Trisomy is the most common fetal chromosomal aneuploidy.

Prenatal testing can be performed as early as 9 weeks of gestation and includes a maternal blood test and nuchal translucency screening.

The fetal chromosomal aneuploidy test looks for the number of chromosomes found in a fetus. If there are too many or too few chromosomes, this can lead to serious health problems.
For example, monosomy is when a fetus has only one copy of its chromosome instead of two copies. This can cause developmental delays, intellectual disabilities, and other severe health issues.

An increased number of cells because of monosomy or trisomy usually results in miscarriage. However, if one cell survives with monosomy or trisomy, that individual may live a normal life span but suffer from physical and intellectual disabilities.

A doctor may perform the fetal chromosome aneuploidy test at 15 to 20 weeks of gestation. If a doctor finds that fetal chromosomal aneuploidy is likely, then they will continue with additional tests to determine if the baby has any specific genetic disorders.

Noninvasive prenatal testing (NIPT) is a screening test that analyzes cell-free fetal DNA in the mother’s bloodstream to look for abnormalities. NIPT is offered as an alternative to traditional amniocentesis, which involves inserting a needle into the uterus to extract cells from the amniotic sac.

NIPT can be used on all pregnant women but is most beneficial to older mothers who have a higher risk of giving birth to a child with Down syndrome. The cost of NIPT ranges from US$800 to US$2000 in the USA and US$500 to US$1500 elsewhere. A Canadian economic study reported a cost range of C$600 to C$800 for NIPT.

What are the treatment options for aneuploidy?

There are three basic treatment options for fetal aneuploidy.

The fetal chromosomal aneuploidy test will tell you which one of these treatments your baby will need.

Abortion of babies because of fetal chromosomal aneuploidy

Between 1-2% of pregnancies in the US are terminated because of a positive fetal chromosomal aneuploidy test. It’s important to understand that this number does not include all the women who have babies with Down syndrome because there is over one type of aneuploidy.

Studies have shown that parents who terminate a pregnancy with a positive fetal chromosomal aneuploidy test are more likely to have another child with Down syndrome or another aneuploidy.

This suggests that there are other factors at play, although researchers aren’t sure if those statistics mean that termination does not decrease their chances of having another baby with these conditions or if those women just take longer to get pregnant again.

What are the risks associated with aneuploidy?

The risks of fetal chromosomal aneuploidy are higher for pregnancies that involve older parents, those who have had a pregnancy affected by this disorder before, those with a family history of such disorders, and those with certain medical conditions.

If you are pregnant and you have one or more risk factors, an aneuploidy test may be recommended. If the results of the test show fetal chromosomal aneuploidy, it may be possible to end the pregnancy (i.e., abortion) early to avoid any health risks associated with the disorder later on during your pregnancy or after delivery (postpartum).

It’s important to know about fetal chromosomal aneuploidy because testing for this condition can affect a person’s decision to terminate or continue the pregnancy. If you have questions, don’t hesitate to ask your OBGYN.

Congratulations, you have read the complete article about Fetal Chromosomal Aneuploidy. If you have any doubts or queries, feel free to comment below. We will respond as soon as possible.